Last month, I had the chance to visit New York City for the first time. I saw a lot of great sites and ate a lot of great food, so I figured I would share some of my favorites with you today. 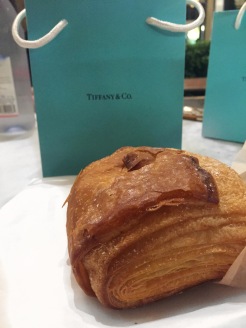 Tiffany & Co. – Located on Fifth Avenue, Tiffany’s flagship store is definitely a spot worth checking out. If you are a fan of Audrey Hepburn, you probably know the iconic opening scene of “Breakfast At Tiffany’s” was filmed outside the jewelry store. It’s really cool to see it in-person, and it makes for a great photo-op. I suggest having your own little breakfast at Tiffany’s. Grab a croissant and a coffee somewhere nearby and look at the jewelry on display outside the store. Tiffany’s recently opened a restaurant inside that you could also check out. I didn’t get the chance to do that while I was there, so I can’t say whether or not it’s good. But if you’re a fan of the movie, I think it’s more about the experience than the actual food.

Central Park – Central Park is another New York City MUST. I was only in NYC for three days, and while I loved all the extravagance of the city, I did miss being around grass and trees pretty quickly. Central Park was almost like a breath of fresh air. Even though it was crowded, it was open and spacious enough for me to walk around and really enjoy it. It was also kind of amazing to see all the things going on there. I only walked through a small section, and I saw so many activities and entertainers. 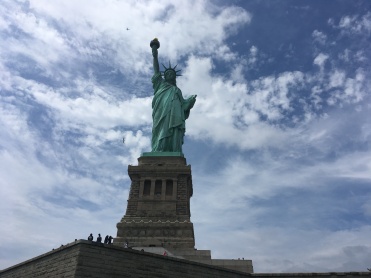 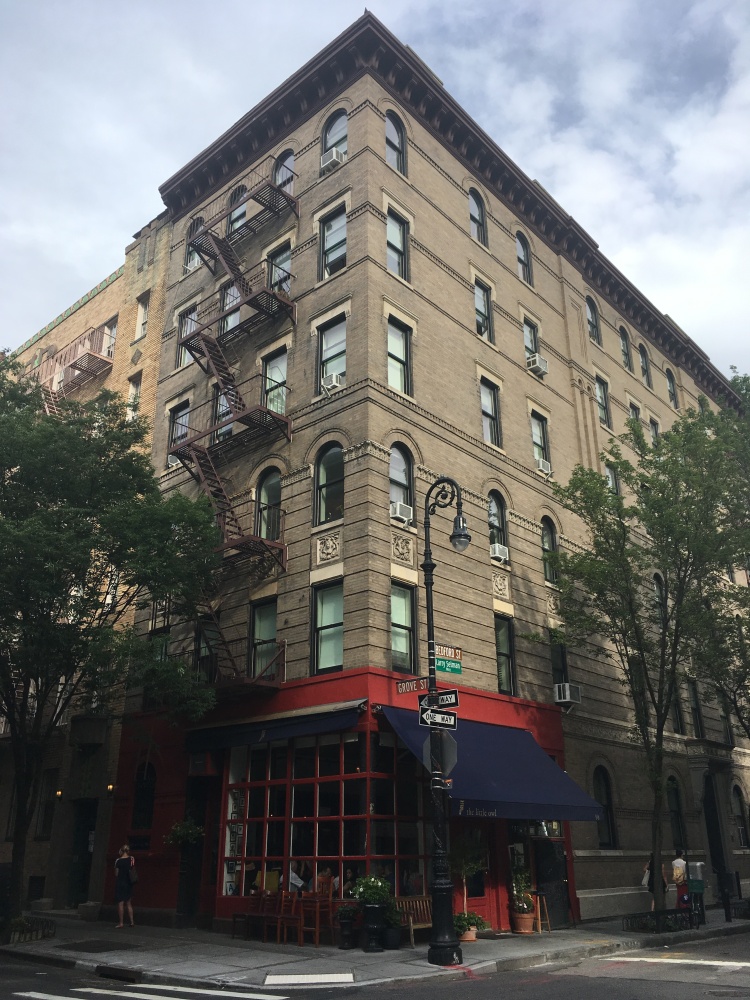 Greenwich Village / The “FRIENDS” apartment – One of my absolute FAVORITE areas in NYC was Greenwich Village. Filled with cool shops, bakeries, restaurants, and architecture, Greenwich has pretty much everything. If you are a fan of FRIENDS, a fun touristy thing you can see in Greenwich is the apartment building that is shown during the transitions. It’s a good photo-op, and it kind of gives you context when you go back and watch the show. 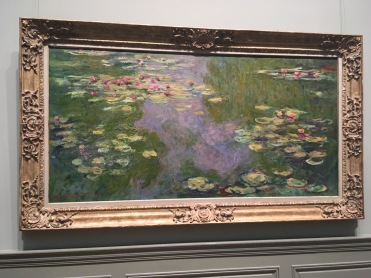 The Met – The Met was very, very crowded when I was in NYC, so I didn’t have the chance to see everything I wanted. However, I do think it’s a great place to visit if you can. The artwork is beautiful, and if you are really into it, I am almost certain you could make an entire day out of the Met. 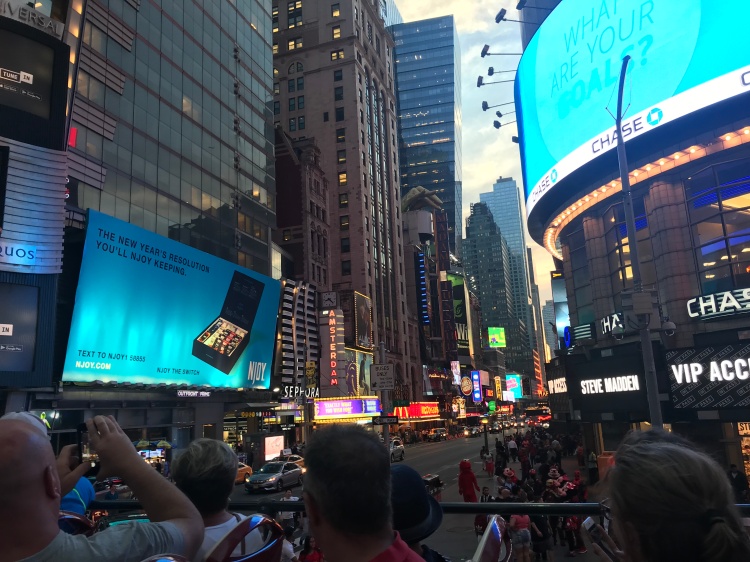 Times Square – Times Square is an obvious tourist spot, but definitely worth checking out. It’s amazing how bright and busy this area is. Every place you look, there is a giant glowing sign or an interesting activity going on. When I was there, I saw a massive group of people doing yoga together. It was like nothing else I have ever seen.

Macy’s – New York City is home to the world’s largest Macy’s. On its eleven different floors you will find two coffee shops, a Godiva store, and basically every clothing brand you could possibly imagine. It’s a unique experience, and I would highly recommend taking a look around, even if you don’t plan on buying anything.

Turntable Chicken Jazz – If you are looking for delicious food and a place with a cool vibe, I would recommend Turntable Chicken Jazz. The food is phenomenal. One of my favorite things they had was called a “potato twister,” which consists of fried potato skins skewered on a stick and covered in cheese and sauce. It was the perfect place to go after a long day of walking and sightseeing.

Black Tap – If you are looking to try a crazy dessert while you are in New York City, my first recommendation would be a milkshake from Black Tap. I feel like this picture pretty much speaks for itself. This shake is called “The Cookie Shake,” and it’s a mountain of whipped cream, chocolate sauce, and chocolate chip cookies. It tasted great and was so different from any other dessert I have ever had. 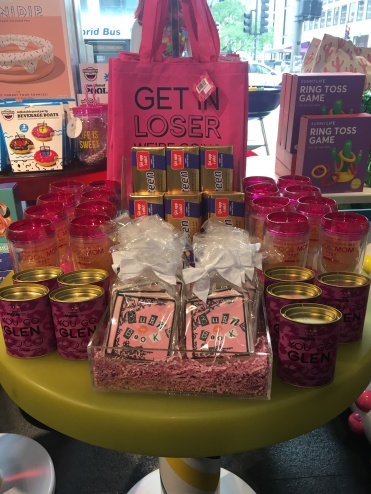 Dylan’s Candy Bar – I didn’t actually visit Dylan’s while I was in NYC (there was so much to see and so little time), but I did go to the one in Chicago and had an amazing experience. And given the fact that New York City is home to Dylan’s flagship store, I have to suggest it. If you are not familiar with Dylan’s, it’s a GIANT store that specializes in everything candy. Colorful, whimsical, and fun, Dylan’s Candy Bar is a spot that has something for everyone. You can shop for candy and merchandise, as well as enjoy sugary drinks, milkshakes, and ice cream. While I was there, I tried out a fun lemonade that contained Nerds, cotton candy, and all sorts of sugar. Check Dylan’s out. I promise your sweet tooth will thank you.

Anyway, that’s all I’ve got for you today.

Since this was my first time in New York City, I feel like I only just scratched the surface of everything there is to see. Hopefully I will have the chance to go back someday and explore more of the sites. In the meantime, I would love to hear about your experiences there, or any other places that you have traveled.

Thank you so much for reading!

Have you ever been to New York City?