I don’t think I’ve talked about this on the blog before, but for the last six months or so, I’ve had some difficulty maintaining a consistent sleep pattern. I started noticing the problem last June when I realized that it was taking me an absurdly long time to fall asleep. Despite how tired I felt, my head would be running with a million different thoughts. I could never get my brain to slow down long enough for me to sleep. I would lie awake for hours and hours, finding little to no success. But even on nights when I did get some sleep, I would find myself waking up between 3 and 5 a.m. and being unable to go back to bed. It was a total nightmare for me (no pun intended). It made it incredibly difficult to concentrate during the day and get what I needed done.

Eventually, I decided to do some research on restlessness. I read about a lot of different techniques that people use to combat their inability to sleep. After testing many of them out, I found some ones that work well for me as well as some that haven’t worked for me. Here are some tips that I’ve tried and had both success and failure with.

I’ve certainly never made it a secret that I drink a lot of coffee. I don’t know how I would get through my days without my morning caffeine. I’ve been drinking coffee for a few years now, but I only started having it on a daily basis about a year ago. Ever since then, my daily intake has gradually increased. It started with one cup. Then it became a cup and a half. Then it became two cups. Then it became two and a half cups. I started drinking coffee more frequently throughout the day. I would my usual morning coffee and then additional cups in the afternoon and evening. I thought it was making me more productive, so I didn’t see any problems with it.

But when the sleep trouble began, one of the first things I found out was that excessive caffeine ingestion can disrupt your sleep pattern. Obviously that makes a lot of logical sense. Caffeine gives you energy. Energy helps you stay awake. By drinking too much coffee, I was giving myself too much energy. What I didn’t realize was how caffeine can stay in your system. The coffee I was drinking around 3 or 4 o’clock in the afternoon was having an effect on me hours later. You’re probably thinking “well, duh” but the thought really hadn’t crossed my mind. I usually go to bed around one o’clock in the morning, so I never would have attributed the problem to something that I had done so many hours beforehand.

Nevertheless, it turned out that coffee was in fact the culprit. After I stopped drinking it in the afternoon and evening, I found that I was having less trouble staying asleep. Now I don’t allow myself to have coffee any time after noon. Obviously there are a few exceptions (If I’m swamped with work, there’s no way I’m going to do without it), but, for the most part, I try to stick with it. If you, too, are an avid coffee drinker, I recommend limiting your afternoon intake. It truly has done wonders for me.

As I mentioned earlier, something that happens to me almost every time I try to sleep is that a ton of different thoughts suddenly creep inside my mind. It seems like the minute my head hits the pillow, I remember some blog photos that I need to edit or an errand that I need to run. I’m the type of person who can’t stand waiting to get things done, so I have a hard time resting if I know that I have something on my plate, especially if I think that I’ll forget about it by morning. Something that has helped me conquer this concern has been making to-do lists. Before I go to bed, I like to write down some of the things that I’ll need to get done the following day. It makes it easier for me to relax once I get to bed, which, in turn, makes it easier to shut my brain off. Having your to-do list written down also means you’ll be less likely to forget to certain tasks or errands. Even if you aren’t having sleep troubles, it’s a really helpful de-stresser.

Exercising early in the day

I know I’ve talked about the fact that I like to run on here before. It’s a hobby that I picked up a couple of years ago and try to keep up with on a daily basis. Anyways, exercise has different effects on different people. For some, it makes them feel tired. For others, it makes them feel energized. I tend to fall in the latter category. Running gives me a lot of motivation and energy, which can be a good thing if I run early in the morning. But if I run later at night, I find that it keeps me up when I’m trying to sleep. When I’m able to, I try to get my workouts done in the morning. This allows me to use up my post-run energy during the day and feel more tired at night.

Have you ever experienced sleep struggles? If so, what did you do to get rid of them? 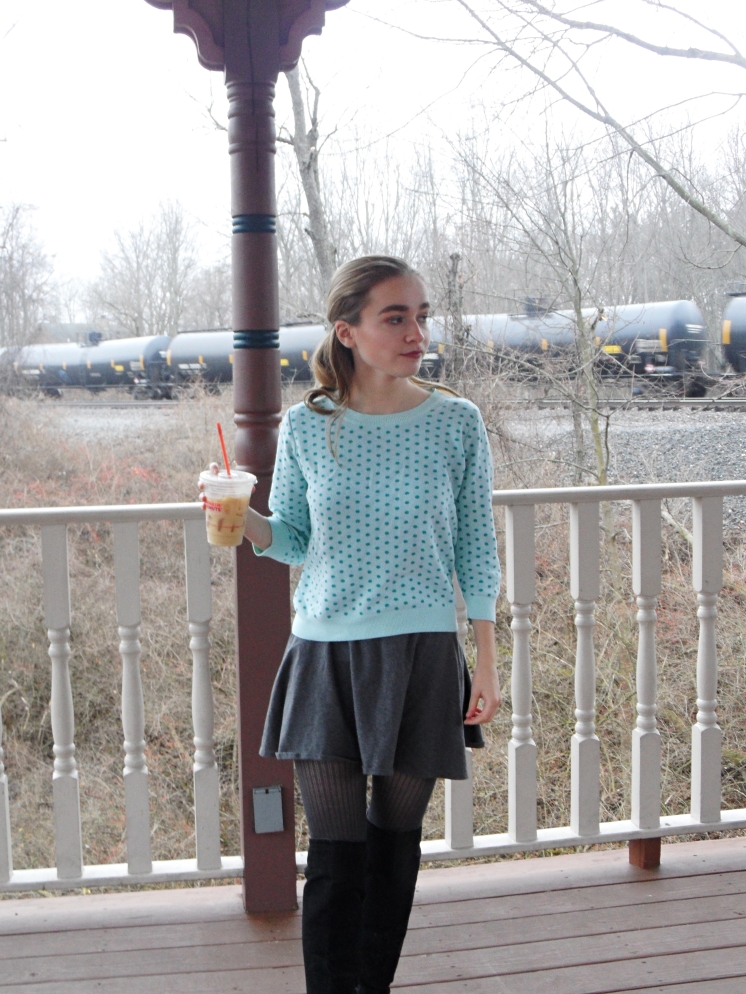